Awakenings In an Age of Angels - Angel Eliza 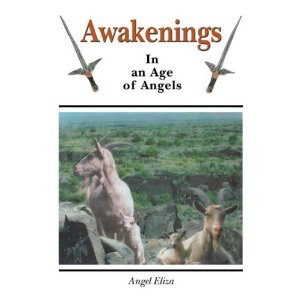 Awakenings: In an Age of Angels

I wasn't sure what to expect when I received the book 'Awakenings In an Age of Angels' written by Angel Eliza and published by Rosedog Books.

As you can imagine - because of the title - I thought it was going to be dedicated to stories about angels and it was . . . in a very special way.

Once I stated reading, I could not put this book down.

Yes, it's a collection of stories about Jesus, and the role of Angels in God's plan, but so, so, different to what I expected. A lot of thought has gone into writing this book although Angel says she was guided by a higher force she calls The One.

Angel talks of miracles. About how she was told to write about her visions and dreams by The One.
This enlightening book is the result. And, whether you are religious, or not, it doesn't matter. 'Awakenings In an Age of Angels' is most definitely worth a read.