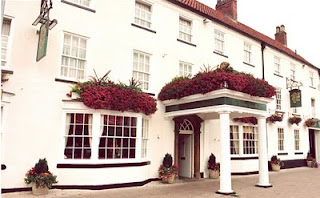 Enjoyed a lovely meal with John Frannis at The Golden Lion, Northallerton
www.golden-lion-hotel.co.uk on Monday evening. John had travelled up from South Wales. Guess what I had for pudding? 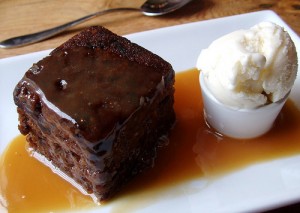 Yes, sticky toffee pudding, and did I enjoy it? You bet I did. Not only good food, but friendly and helpful staff. 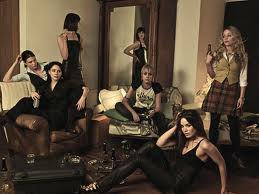 at the BBC Centre in London.
You can read my article at www.shewired.com 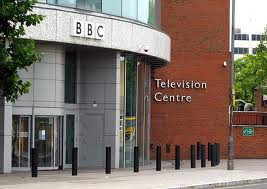 I travelled to London by train. We'd only gone a mile or so down the track when an announcement came over the system  asking if there was anybody on board with medical training - I immediately thought oh no - the driver is ill! - and the announcement continued requesting them to please go to the buffet car immediately. Happily a medical person was on board and everything seemed to be okay.
I have to say Grand Central train staff are brilliant, nothing is a bother for them.

I was met at Kings Cross by a lovely guy called Barney who knowing I was probably going to need help getting across London, was a godsend. Thank you Barney :-) 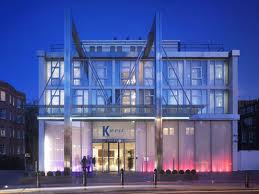 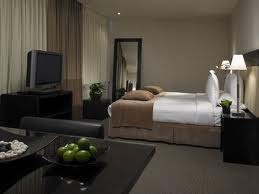 I thoroughly enjoyed the taxi ride to the K West Hotel London where I had a lovely surprise: I had been upgraded to the Embassy Suite. A big thank you to the staff at the K West. And, I have to say, the food is absolutely delicious. 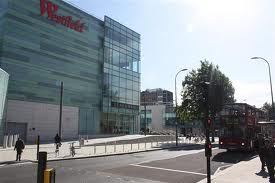 I decided to walk to the BBC Centre, it was only fifteen minutes from the hotel. So, off I went down Uxbridge Road on to Wood Lane, passing the new Westfield Centre, - simply MUST go back and shop there.

I arrived at the BBC Centre Reception and waited for Sherrie Hewson who was joining me. 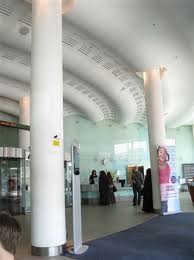 We enjoyed the premier, the chat with Harriet Braun, BBC staff, and other guests. Lip Service is set in Glasgow. The main actors are in the 20 something age range so no doubt it will appeal to a younger audience.
But, please,  let's have some older women on screen. After the age of 40 women do not disappear. Far from it. They are - like good wine - maturing beautifully. I have to applaud Sherrie as she was quick to say that should another series be made with older actors then she is most definitely available!