Scoop of the Year by Tom Claver - Book Review

Synopsis:
Martin, a hapless journalist on a weekly financial magazine in London, plods along in a job he can’t afford to lose. But when he misses out on promotion to the well-heeled Tom he tries his utmost to bring his rival down a peg or two. Yet nothing can stop Tom’s effortless climb to the top. As Tom’s career blossoms, Martin’s life disintegrates, personally and financially.

But when he stumbles across a scoop on a major corporate scandal, Martin has the opportunity to make a name for himself and to outshine the achievements of his rival. The only trouble is that life is not as straightforward as Martin thinks, and sometimes extreme actions are needed…

About the Author
Tom Claver was a director of a publishing company and is now a freelance journalist who has worked in print and television. He was brought up in London and currently lives in Dorset with his wife. He is the author of the popular thriller, Hider Seeker, which was a top 100 bestseller on both sides of the Atlantic.

My Review:
Excellent read. Loved the drama, humour and conspiracy. The characters came to life. I really felt for Martin and his family. This book has more twists than a screw. I found myself thinking the story could be non-fiction, it was so real. I was in detective mode all the way through. One thing I have to say is...I was left hanging at the end. Hope there is a sequel or I won't sleep.

Have you ever wanted to interview cows?
Watch the video and you'll never look at cows in the same way again.

World's First and Only Museum Dedicated to the British Monarchy


Have you ever wanted to do something that has never been done before?
Anita Atkinson, an ardent fan of the Royal Family, always dreamed of setting up a museum. And she’s done it.
Anita has created the only museum in the world dedicated to the British Monarchy.
In 1977 (The Queen's Silver Jubilee year) she started collecting Royal memorabilia and holds The Guinness World Record having over 7000 items. As you might imagine her house was becoming too small to contain all of her items so the next step…to create the museum. Anita, along with family and friends, emptied a barn next to her farmhouse and together they began to make her dream come true.
Before her Royal Museum Anita introduced the people of Weardale, County Durham, to Royal Teas where some of her wonderful items were on display to be viewed at leisure while enjoying a cup of tea and a slice of cake.
POP-UP ROYAL TEAS
If you’d like to have a taste of ROYAL TEAS Anita will be holding a pop-up event on a canal boat at Paddington Basin in London on July 8th 2017.
To reserve your seat please check out her website at www.royalteas.co.uk or Email: anitaatkinson128@btinternet.com
Here are some before and after photographs of Anita's Royal Museum.
© All Images Anita Atkinson. 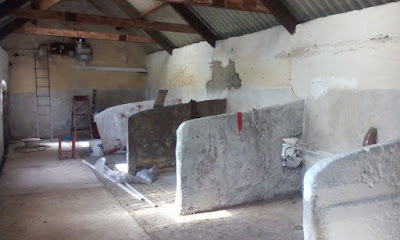 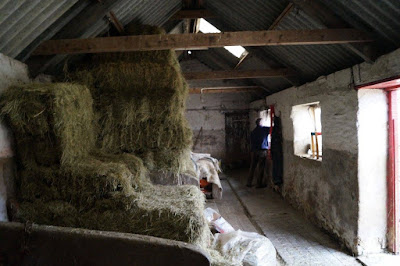 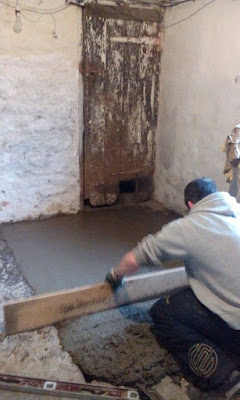 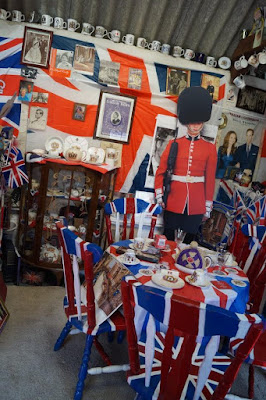 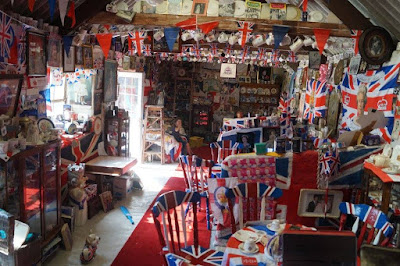 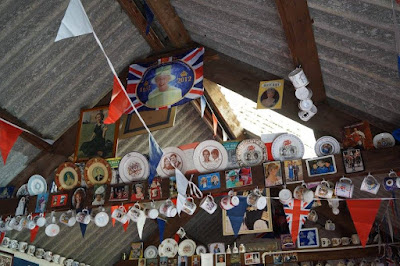 The Secrets of One Marlborough College Girl: Review 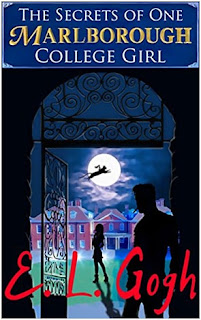 Since 1843, Marlborough college has been held in high esteem around the world as one of the most exclusive and traditional boarding schools lacing British educational history. It was the true making of Ukrainian-born London lawyer, E.L. Gogh, who is using the school as the setting for her compelling new novel.
One can only hope that ‘The Secrets of One Marlborough College Girl’ isn’t based on Gogh’s own experiences. It’s a true cocktail of witchcraft, unlikely love and the innocent naivety of youth. In fact, it’s unlike anything readers have experienced before.


When Russian heiress, Sasha Emelyanova, arrives to the exclusive Marlborough College in England she is glad to have her penniless best friend, Alka Gromova, by her side. It takes a tough cookie like Alka to cope with all the intrigues of privileged British public school life.
However, no one knows that the exuberant and dominating Alka is a witch and while at Marlborough is inducted into an extracurricular circle of dangerous sorcerers. Passionate, powerful and ambitious, she is willing to use black magic as well as her looks and other assets to get everything she wants from life.
All that Sasha wants is to be with Quentin, a stunning Oxford scholar and occasional drug addict. But is their relationship strong enough to withstand the charms of Alka and the Oxford secret society, as well as a family breakdown? It certainly isn’t helped by the appearance of Robert, a charismatic Canadian, whose own secret Sasha doesn’t learn until it’s too late. But then who is going to rescue Sasha’s father from his evil handlers and at what price?
“Those who went to Marlborough will vouch for its stunning, almost haunting setting,” explains Gogh. “The school has a voice and attitude of its own, which never leaves the memories of its alumni. Therefore, it was the perfect setting and inspiration for my debut novel.”
Continuing, “But it’s not just for former students to enjoy. My goal from the outset was to capitalize on the cherished hallmarks of fiction that readers crave, while giving them something totally new and unique. So, step inside the doors of Marlborough and prepare to see the “other” side of institutional British educational history!”

About the Author:
Elena Gogh writing under the penname of E.L. Gogh hails from Kiev in Ukraine. At the age of 16 she came to the UK to study at Marlborough College, well known for its alumni, including the Duchess of Cambridge and Samantha Cameron. Elena’s top sports achievements in rhythmic gymnastics played a role in her coming to the UK. Whilst at Marlborough, she featured on the cover of the national press, including the Times and the Daily Telegraph. After graduation, she studied law in London before qualifying as a lawyer with a City Law firm. She presently lives and works in London.

My Review:
There is no doubt this author can tell a story. I absolutely loved it. However, as I have mentioned to Elena L. Gogh, her novel could do with an edit. There are some typos and formatting issues too, but it didn't distract from the story. Definitely worth a read.