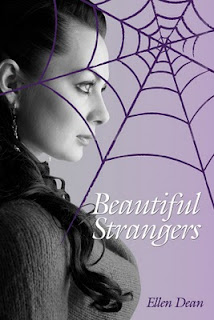 Yes, the sales are upon us. Only with this sale you don't have to leave the house. Amazing isn't it! And, you can download the e-book in seconds :-)

I have decided to offer Beautiful Strangers e-book at a reduced price until the end of January 2011. You can read it on Kindle, Nook, Sony and just about any reading device imaginable. Isn't technology wonderful!

Janet Macleod-Trotter - The Vanishing of Ruth

North East of England's Best Selling author Janet Macleod-Trotter was due to guest on my radio show Durham Dales Radio on Saturday 18th December to talk about her new book 'The Vanishing of Ruth' but, because of the adverse weather forecast,  she has had to cancel. Janet will now guest in the New Year.
Let me tell you something about her new book: 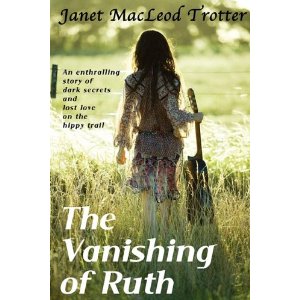 The Vanishing of Ruth

Janet is now concentrating on writing mystery novels with unusual settings.
Her new novel, The Vanishing of Ruth, is inspired by her own overland trip through Asia:
1976: friends, Marcus and Ruth, go missing in Afghanistan during an overland bus trip to Kathmandu. A generation later, Ruth’s niece Amber, haunted by the disintegration of her family, determines to get at the truth of their disappearance. Was it murder, as her father suspected, or a suicide pact as the police believed?
Tracking down the trip’s bus driver, Cassidy, Amber starts to piece together a lost world - the mystical vibrant hippy trail to India – and colourful characters like Juliet, who imagined herself the reincarnation of an Edwardian traveller. As the mystery surrounding her aunt and the charismatic Marcus unfolds, Amber begins a journey of discovery of her own, that will lead her not only into the dark secrets of the past and lost love, but face to face with a tragedy much closer to home.
I have started to read The Vanishing of Ruth and am up to chapter 8. I want to know what happened to Marcus and Ruth. I am so tempted to read the end, but I won't or it will spoil the surprise.
There is a special reason that Janet has self-published this novel. You can read all about it at Journal Live
You can buy Janet's novel from Amazon and from her website www.janetmacleodtrotter.com
Ellen Dean - Recommends
No comments:

The Golden Prince by Rebecca Dean

Being a Royalist, when the news broke about the Prince William and Kate Middleton engagement and forthcoming wedding, I was interviewed several times live on BBC Radio York for my opinion.

Needless to say I was delighted when I was asked to review Rebecca Dean's novel The Golden Prince available now.

This novel mixes both fact and fiction about Edward Vlll the blond blue-eyed playboy who was widely popular until his abdication to marry the ambitious (she wanted the crown) divorcee Mrs Wallis Simpson. It was put to the Commonwealth Countries as to whether he should marry Wallis, or not. History tells us that only Winston Churchill was in favour of the marriage.

Was Edward Vlll happy with Wallis or did the whole thing backfire on him? Had he really wanted to marry her at all? Had things gone too far for him to back out?
He led a fruitful life before Wallis came along. However, he only dated married women - the wives of his friends! Hmmm......

Introduction to The Golden Prince
Written in stone was the cardinal rule that royalty only married royalty,
and though Rosemary Leveson-Gower was aristocratic – her father was the
Duke of Sutherland – she was, in King George’s eyes, a commoner.
What he would have thought of his great-great-grandson marrying the beautiful
Kate, daughter of parents from a working-class background,
can only be guessed at.
It is written into the British constitution that a Prince of Wales must have
the monarch’s consent when he wishes to marry. As King George
adamantly refused to sanction Edward’s marriage to Rosemary, Edward
couldn’t marry her and two years later Rosemary married one of
Edward’s friends, Eric, Viscount Ednam.
The author, Rebecca Dean, believes that his father’s refusal to allow him to
marry the girl he loved had a traumatic effect on Edward whose name
was never again linked with that of an unmarried woman.
In her book The Golden Prince, published this month by HarperCollins, she melds
fact with fiction to explore the poignant situation of Prince Edward when,
as a very young man, he was denied personal happiness by not being
allowed to marry the commoner he loved.
And . . . what would King George V have thought about our now Prince of Wales having married two commoners?
Watch out for my review - but please remember that I need time to read it.
No comments: 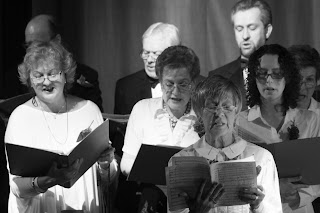 Despite the adverse weather conditions the concert was very well attended and the audience enjoyed 'A Miscellany Of Song' from Moon River to When I'm 64 and a selection of Christmas Carols. In the second half the audience  enjoyed singing along to the Carols with a bit of brilliant and fun conducting by Jonathan. 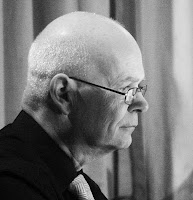 Neil Craddock and Alistair Staton gave good solos performances, and Mr. and Mrs. Peach performed a lovely duet. Plus, there was an outstanding cello  performance by 13 year old Jessica Bryan - a talent to watch - beautifully accompanied on the piano by Anthony Rudd. 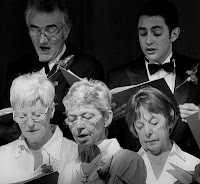 At the end of the performance we enjoyed a pleasant supper and had chance to chat with members of the society.
This was a thoroughly enjoyable evening. I was sorry to learn that Mr. Heitler is taking a year out which means that the Musical Society will be looking for a conductor for their 2011 concert. Big boots to fill!
And if you're wondering why there's no photos of Sat Nav, it's because she wasn't able to sing due to a sore throat.
You can check out the Musical Society's website at www.spanglefish.com/mashammusicsociety
Ellen Dean Recommends
No comments: