For Four Million Bucks, This Ex-Con Is Willing To Take The Biggest Risk Of His Life
Asheville, NC, March 22, 2018 ― Career criminal Clint Kennedy, a bisexual man with a background in finance and shady deals, moved to Mexico for a fresh start. While it's not in his plan to land in a Mexican jail, this adrenaline junkie would do just about anything for the right price – and since the right price for this job is four million, he's willing to risk it!
From his nighttime prowls through Mexico's seedy backstreets, to the thunderous roar of the bull ring, to the gleaming towers of Miami's most prestigious banks — Clint lived for each new adrenaline rush, even if jail was almost inevitable.
In Stained Fortune, the new suspense thriller from Joe Calderwood, we meet Clint Kennedy, a career criminal who grew up poor alongside friends with money. And now it was his turn to enjoy the good life. He will do anything to make money, and sometimes he'll pay. But that's a risk he's more than willing to take.
Following his first prison sentence for running an escort business in Miami, Clint moves to Mexico for a fresh start. A chance meeting with a Mexican bullfighter who also happens to be a drug kingpin sends Clint down a path toward his biggest payday ever.
And all he has to do is move millions of dollars, undetected, from Mexico to a United States bank account. All without raising suspicion. All free and clear. And he would keep four million of it. But the tiniest mistake could cost him everything.
About the Author:
Author Joe Calderwood was born and raised in Homestead, Florida, and graduated from college in 1971 with a BBA. For many years, he was a practicing CPA in Florida before beginning his career as a serial entrepreneur. He's owned, so far, seven different businesses, and currently owns a 55-lot development in Western North Carolina. Stained Fortune is his debut book and the first in a planned three-part Clint Kennedy series. He lives in Western North Carolina with his partner of 36 years and spouse of three years, Gil.

My Review
Well, I've always wondered how people laundered money, and after reading Stained Fortune, I know. A little something to tickle your fancy...I once laundered money (by mistake) when I put my trousers in the washing machine and there was a £10 note still in the pocket.

About the book: I felt I really got to know the characters very well and so wanted Clint Kennedy, the main character, to succeed in his pursuits even though it was wrong of him to do what he was doing. Clint is a kind of Marmite character, you either love him or hate him, I loved him. For a first book it was engaging, not too much description (but at the same time such attention to detail) and it flowed easily. My kind of book. It's what I call a page turner. All of the characters were easy to follow and I could picture them as though I was watching them on a film. This book has more twists than a Pasta Twirl.

DISCLAIMER: This blog contains affiliate links, which means that if you click on one of the product links, I’ll receive a small commission. There will be no cost to you. You don't have to buy the items shown in the advert. You can buy anything. The link is a doorway. This helps support the blog and allows me to continue to allow you to read for free. Thank you for the support :-)

Amy Addison the owner of  IzzieBuzyBits is so passionate about providing children's clothes and accessories that stand out from the crowd she has created her own line. Amy says, 'Every item is handmade with love and care with comfort and functionality to the fore. I have a great standard range but if customers want custom made items then I do my very best to meet their needs. Every piece is unique.' 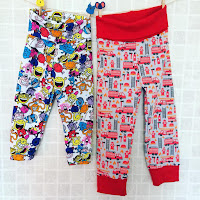 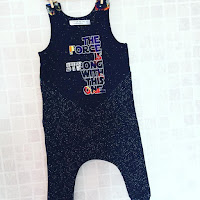 Amy started her business after up-cycling some of her own clothes for her little girl who loves being the model for new items. Friends started to ask Amy where she'd bought the lovely things her daughter was wearing and Amy explained how she made them herself. That started the ball rolling,
people asked her to make things for their children. Of course, Amy was happy to oblige. 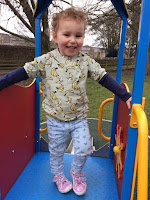 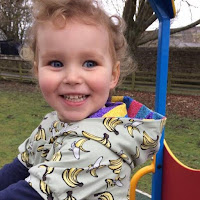 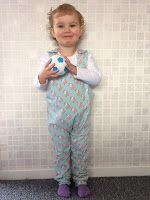 Amy sources new material, fabrics change constantly, from all over the UK. She has an Etsy Shop as well as a Facebook page where you can find out about all the new materials on order, and see lots of pre-made items and a price list. 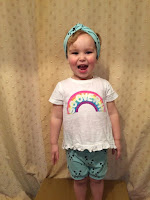 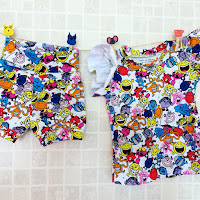 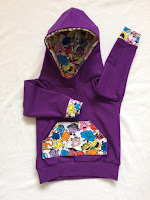 Amy can often be found at charity events displaying her distinctive handmade creations on her stall. Dates and venues can be found of the Facebook page.

Amy told me people are asking if she makes clothes for adults. 'That will be the next step,' she said. 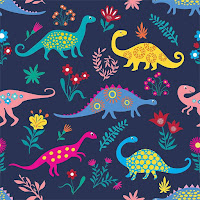 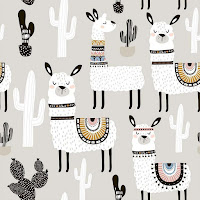 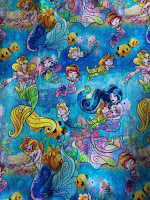 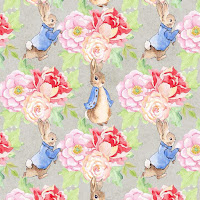 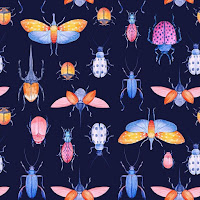 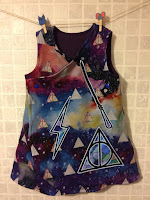 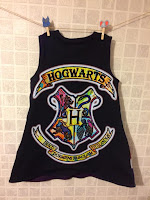 Remember to check out IzzieBuzyBits on Facebook and at their Etsy Shop
If you have any special requests be sure to contact Amy who will be happy to help.
You can email Amy at amyea88@me.com


Available to UK customers only, at the moment.