On September 3rd 2011 my cousin - Paul Brennan - along with a small group of men and women set off  to cycle from Lands End to John O' Groats. A journey of 1000 miles.

Paul was doing this mammoth ride/journey in aid of the Cystic Fibrosis Society.

They braved the weather, rain and high winds all the way to Penrith in Cumbria (Sunday 11th) where we met up with them on our way back from Aviemore. What we didn't know until we met up was that the day before (Saturday) one of the team had had a tragic and fatal accident. The group had been unsure of whether to carry on with their ride or not, but decided that they would continue in her memory.

They were past the half way mark when they stopped for a rest and a picnic at Langwathby near Penrith. The weather was not kind - it was raining and blowing a gale thanks to the remnants of Hurricane Katia starting to batter north east Britain and Scotland - but that didn't deter this team. They were not looking forward to cycling over the Forth Bridge today Tuesday 13th September and I can't help but worry about them.

I have never met a more determined and courageous group of people who intend to complete the ride in memory of their lost friend and for their charities. My hat goes off to all of them. If you see them on route please give them your support.

How to Make Porridge with Rosemary Shrager and Ellen Dean 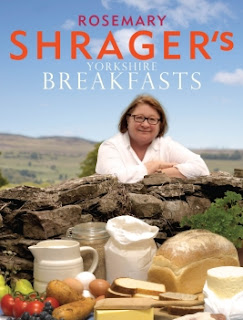