Cetyl M Equine Joint Supplement Is Certainly Doing Its Job - it's a miracle :-)

This video was taken last week. Katie (grey mare) has been on Cetyl M for almost two years now at a maintenance dose of one level scoop daily. But, just before this vid was taken her dose was increased to almost two scoops because she had gone very stiff with the adverse winter weather especially in her hind legs, and hips (arthritis).
The vid speaks for itself. The shetland Chloe joined in the fun and practiced synchronized broncing.

This is a working title. Unedited. Comments welcome. Thank you for reading :-) 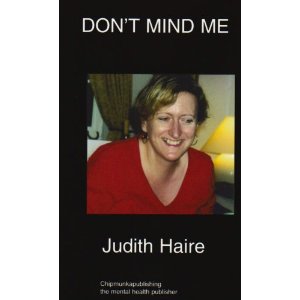 www.amazon.co.uk
In fact it must have taken a lot of guts and a huge amount of honesty for Judith tell her, at times, heartbreaking story.

This is the story of an amazing woman who has survived a traumatic life. One that would have finished many of us! But she proves that there is light at the end of the tunnel.

Judith's book is a must read. Not just for mental health professionals but anyone going through a similar situation. It will also help the family and friends of loved ones who may be going through it too.

I totally concur with Dorothy Rowe, Clinical Psychologist and Writer, who said of Don't Mind Me:
'Not a misery memoir but a story of courage and hope'
Ellen Dean Recommends
1 comment: