Aliens - do they exist? 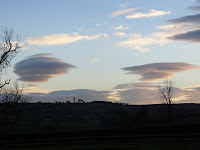 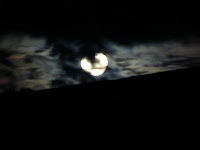 Aliens - what is an alien? Or UFO?
I watched a tv programme last night about UFO's that set me wondering.

How can the sceptics say that we are the only human species in the universe?.....after all there are millions of planets. We are here, so why can't there be other people living on another earth-like planet?

And if some people HAVE been abducted by aliens...why aren't they believed?
I was abducted once in my sleep by a beautiful woman...and when I woke up it was Sat Nav lol !!!

But seriously. Why would the government want to keep such things a secret? They say they don't want to cause a panic. I wouldn't panic, and neither would millions of other people. We have a right to know what goes on in our skies - our skies - not the governments skies....OURS.

I would love to meet an alien from another planet.
I might have done so already, and yet been totally unaware of it. Come to think of it...so might you.

Just because people say they have seen strange things in the skies it doesn't mean they are mad.

I am lucky to live in a rural area so have beautiful clear diamond studded night skies to gaze up at. I can enjoy the planets and stars just by tilting my head back and lifting my eyes.

We do see lights that we can't identify. Most times it's a plane, but other times...who knows? It's a case of now you see it - now you don't!
Occasionally we see a very bright star that stands alone...it's not the North Star...and then it just disappears. So is it a star? Is it an alien space ship popping in for a short visit...or is it Google Earth???? Who knows?

I've added two photographs to this blog. I took them myself. One during the day and the other on a full moon around midnight - yes, I know that's the witching hour, but we'd been out to a party and no...I don't drink alcohol.

It wasn't until I looked on my comp at the full moon photo that I could see what looked like a face to the left of the moon. Spooky, or what?