Three Book Reviews in one Blog

You may have read my blog back in May 2015 when I wrote a review for author and musician Richard Storry about his cracking new book Cryptic Lines.

This blog is a review of his next three books ... yes THREE! He's been a very busy man!

I read them one after the other and I'm pleased to say they are all brilliant.  His stories are entertaining twisting tales that grab you from start to finish and Richard never fails to really give the reader a real feel for the characters.

Prior to writing "The Cryptic Lines" Richard Storry was very busy in theatre: He composed the incidental music to Chekhov's Three Sisters, seen in London's West End, starring Kristin Scott Thomas and Eric Sykes, and subsequently broadcast on BBC4 television. His music for Rumplestiltskin received over 300 performances in its first year alone. His musical adaptation of "The Brothers Lionheart" premiered at London's Pleasance Theatre, followed by a successful run at the Edinburgh Festival where it was voted 'Best Childrens' Play'. "The Cryptic Lines", Richard's first novel, has now been adapted for the stage.


I read Order of Merit first 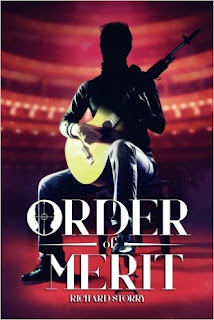 In Order of Merit we encounter a famous classical guitarist who is loved by audiences all over the world, not only for his masterful technical skill and compelling, instinctive musicality, but also for his charismatic stage personality. However, his consummate showmanship is all just a cover for his other, more sinister occupation - away from the concert platform he is also a professional hitman, cold, ruthless and efficient. Cunning and calculating, his missions are always accomplished fully, expertly and without a hitch.

But, when his next target turns out to be related to one of his best friends, things can only get ugly.

Order of Merit - Who would've thought the music profession could be so deadly?


Then I read The Black Talisman 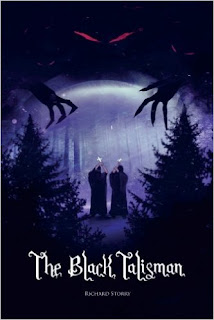 1673: Deep in a deserted forest, a coven of witches is taken by surprise as they attempt to summon the Dark Lord, Anubin, from the spirit world.

1984: At his Easter camp, young Gilbert Hawkins has an amazing divine encounter. However, as the subsequent years pass, he and his girlfriend find themselves increasingly the subject of demonic visitations.

What is the connection between these seemingly isolated events, over 300 years apart? As the angelic forces of Good and Evil clash, the disturbing nature of the mystery gradually emerges.

Can the dark servants of Anubin be prevented from obtaining for him the power he so desperately seeks? The power that comes from The Black Talisman.

And finally The Virtual Lives of Godfrey Plunkett 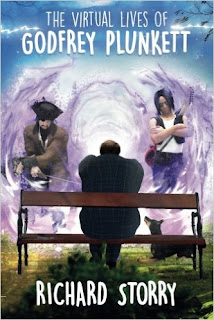 To escape his monotonous life of humdrum tedium, Godfrey Plunkett frequently escapes into the world of his fertile imagination. There, away from all criticism and the disparaging looks from his fellow human beings, he can be free to live his dreams. He can be a hero, a celebrity, a movie star – anything he wants.

And, somehow, these inner thoughts help him to maintain his optimism that something fantastic is just around the corner, and is about to happen for him, for real - at any moment. But, out there in the harsh, real world, will anything fulfilling or exciting ever happen for this poor, misunderstood individual? Or is he destined only to experience the excitement of life in the privacy of his own thoughts?

And, more importantly, what happens when the boundary between his make-believe world and reality starts to blur? Come and find out. Come and experience The Virtual Lives of Godfrey Plunkett.

Richard Storry's books are ALL page turners.  For me, he is a true story-teller.  So it will come as no surprise to learn that I have enjoyed reading every one of them very much and I am really looking forward to his next one.